WNIN Vice President of Radio Steve Burger is a South Dakota native. Steve and his family have been Evansville residents for the past 26 years.

Since coming to WNIN, Steve has led an initiative to produce higher quality news for the community. Those efforts have been honored with a Sigma Delta Chi award in 2018 from the Society of Professional Journalists, and national awards for investigations and documentaries from the Public Radio News Directors, Inc. The WNIN investigation into the impact of the crime of a trusted court expert was named a finalist by the Scripps Howard Foundation and the Investigative Reporters and Editors group.

WNIN also earned a national Edward R. Murrow award in 2015 and numerous state and regional awards in Indiana and Kentucky. The station has been named the Outstanding News Organization in 2014, 2015, 2017, 2018 and 2019 by the Indiana Associated Press Broadcasters and the Region 7 Overall Excellence Award from the Radio, Television and Digital News Association in 2018, 2019, and 2020.

Efforts to increase diversity were honored in 2017 when the station's bilingual podcast, "¿Qué Pasa, Midwest?", was chosen to be among the first seven podcasts to participate in the Project Catapult content development program through the Corporation for Public Broadcasting and the Public Radio Exchange.

Steve graduated from Augustana College in Sioux Falls, SD with a B.A. in Journalism. Since then, he has worked in several on air and management roles in radio and television news, earning numerous state and regional news awards for his radio reporting and web development. Before coming to WNIN, Steve managed the successful 14wfie.com online local news site for eight years.

Steve has also served on the Evansville Freedom Festival's airshow board, and on the board of the Southwest Indiana Disaster Resistant Community Corporation. He is past chair of the Indiana Public Broadcasting Stations board of directors, and currently serves on the Vanderburgh County Local Emergency Planning Committee. Steve was a member of the 2011 class of Connect with Southern Indiana.

Steve's wife Jeri is an assistant professor of nursing at USI. They have two children. Steve has worked for many years with youth groups at his church and with the Boy Scouts. That work included leading groups on outdoor adventures in the Boundary Waters Canoe Area in Minnesota, and twice to Philmont Scout Ranch in New Mexico. 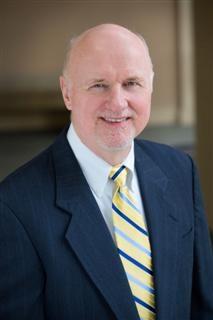